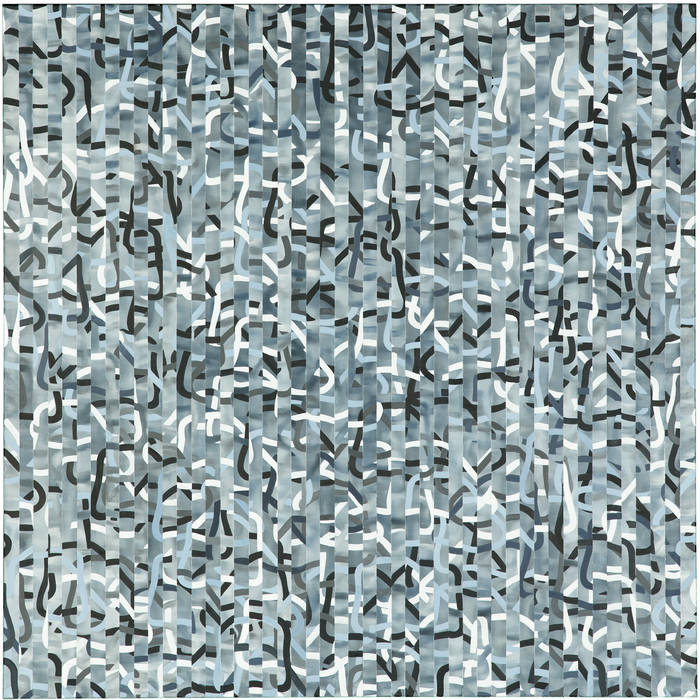 Oscillations is the title Martin Lorenz has given to a numbered series of individual compositions for one, two or three instruments and electronics. They were composed between 2012 and 2014, and each builds on the one before it, pursuing its ideas further. In this series of works, Lorenz develops a technique from one piece to the next in a manner familiar to us from the visual arts. His goal is the complex generation of sounds through “untamed electronics” whose material is provided by the musical instruments.

OSCILLATIONS (2012)
for a low-tuned instrument and electronics

In Oscillations I one can hear a quiet roll on the timpani (or another low instrument that can perform glissandi), which continually alters its pitch almost throughout the piece’s duration of 16’30’’. Listening to a recording of this composition, this roll getis at some point gets lost in the complex musical textures building upon it. Besides the glissando on the timpani, Lorenz employs two sine tones, one of which opens the piece. These three continually shifting tones are recorded, displaced at specific intervals of time and then reproduced at constantly shifting transpositions of their pitches so that they supersede each other, create ramifications and overlap each other in ever more complex ways. Along with the pitch-shifting, the recording and delayed playback of the individual parts is one of the live electronic means used to achieve complexity.

Martin Lorenz describes the other means he employs as follows: “Oscillations explores the limitations of digital sound representation by reducing the sampling rate of the sound-reproduction system into the mid-range of what is audible, and using it as an independent musical parameter of composition. The sampling rate provides a counterpoint that determines everything; it sets free noise and aliasing, and exists in an imaginary harmonic relationship with the instrumental and electronic sounds”. In signal analysis, aliasing effects are understood as mistakes that are created when sampling frequencies are too low, but they are here used to musical ends. The sampling rate of the sound reproduction system is thus composedas an independent musical parameter, which means that the feedback in the acoustic space and the filtering of the spectrum of the sonic result is even less predictable. A process is set in motion that results in an ever more dense acoustic result, one in which you can lose yourself as you listen to it. Are these human voices one can hear? Of course not. Such vocal phenomena are pareidolia – illusions founded on the human predisposition to perceive patterns. In Oscillations I, sounds emerge that can be construed differently by each listener.

From Oscillations II onwards, Lorenz divides these compositions into 60-second patterns of recording and playback, which above all makes it possible to predict the sound events, at least to a certain extent. Lorenz here aims for “sonic references and correspondences between the instrumental part and the electronics”. (In the first composition of the series, on the other hand, there were four time axes, with a different delay for each of the four continual shifts in pitch and sampling rates). Lorenz has retained certain features from the first piece in Oscillations II, or only changes them slightly – such as the overall duration of the composition, and the trajectory of the bass or timpani part, which has a very similar glissando line that is a semitone lower here. The successive entrances of the first sine tone oscillator, then the timpani, cello and the second sine tone oscillator are also reminiscent of the previous piece. Here it becomes evident how the composer drafts a variant of the first composition, develops it, adds the cello, and adapts the result to this new instrument (such as in the transposition of the second sine tone part). The new instrumental part also brings about a remarkable difference: the cello part is full of variants for the player, with a two-part texture and electronic effects composed into it. The bass or timpani part, however, is written as minimally as possible in both pieces; this instrumental part is intended to provide the necessary material. Here, the generative process can only unfold thanks to the human tendency to deviate from regularity (the kind of regularity that would be provided by a drum machine, for example). The bass part comprises a long timpani roll or long-held notes that are recorded and then filtered by means of pitch-shifting and the altered sampling rates, as is the cello part too. The notes are initially transposed by means of pitch-shifting; this is to achieve continuities and ramifications in the different live parts and those that emerge through the transposed delays. The result also encompasses filter effects that change the tone colours.

How many parts can the ear follow at the same time? This question poses itself in the first two pieces, and is raised to a higher power in Oscillations III. This piece begins with the sound of bowed crotales that sound almost like a sine tone. After a minute, the pitch-shifting begins, and a second tone has a downward glissando until the fifth below the first note is reached after another minute; this note is bowed on the second crotale, while the recorded note has an ascending glissando achieved by means of pitch-shifting. At the same time, a sine tone begins at the same pitch and initiates a descending glissando. When the contrabass clarinet is in its top register, the percussion and the altered sampling frequency are then added, and one can no longer follow the individual polyphonic lines. They form a sound texture that moves within itself and that seems to be engaged in a goal-oriented motion by means of long glissandi. The change in the sampling rate of each individually recorded instrumental part is also conceived so that the resultant aliasing frequency begins on a note that is already sounding, and takes this as its starting point for shifts in pitch. It is thus also a voice within the polyphonic structure and it is also notated as a separate line for every instrument in the score. This polyphony ultimately becomes so complex that it turns into a texture.

The opening of the third piece of the series is quoted in altered form in Oscillations IV after 21 minutes. With a total duration of 36 minutes, this is the longest of the four compositions and comprises an eleven-minute section that is recorded and then played back from the 12th minute onwards, alongside the other musical events. This eleven-minute section is also recorded, and then played back from the 22nd minute onwards, meaning that we now hear three layers at the same time: the beginning, the second section and the (live) third section. Paradoxically, this is the quietest section in the piece; there is then a kind of coda that outdoes the dense second halves of the first two sections. Here, we perceive the formal structure as episodic on account of the long duration – not as a single process of sound development as in the first work, but as several such processes. The principle of the one-minute delays remains as in the previous pieces, so we have recording and playback on both a micro-level and the macro-level. These one-minute delays influence the texture, while the eleven-minute delays have more of an impact on the form.

We can here observe the balance between composed and electronically generated elements: although the instrumental parts and the electronics are generally notated in detail, the overall sound emerges from the multifarious interactions of live electronics and the instrumental sounds in the acoustic of the respective performance space. These electronics are “untamed” with regard to the dominance of their sound in the compositions. Martin Lorenz says: “I don’t want any electronics that have been tamed. The long delays mean the feedback can be auditively shaped without the volume of the feedback ever becoming extreme, and the microphone signals can be recorded across their full range, in studio quality, without critical frequencies being filtered out as is normally the case in amplified music. In this sense, the electronics are ‘untamed’”. The individual instrumental sounds merge in the stacked-up sound textures, mixing together to form an overall event. But the electronics are steered in order to exclude the possibility of a system failure, as we can observe in the three episodes that each slowly gain in intensity and towards the end diminish again, almost in a kind of “arch form” in Oscillations IV, just as we can observe this in the once-off process of accumulation and diminishing in Oscillations I. These compositions end exactly at their allotted time, are not improvised, nor are they self-generating in any temporal, formal sense, but only in their sound: they are untamed sounds in space.

Bandcamp Daily  your guide to the world of Bandcamp